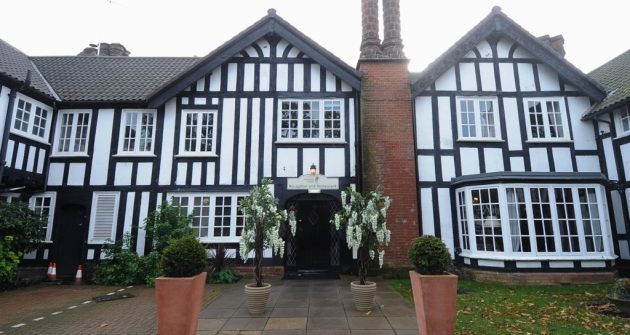 When bride-to-be Roxanne Reeve paid a £500 deposit to the Lenwade House Hotel for her September wedding last year at the posh Norfolk venue she had no idea it would go bust. She was doubly shocked when not only did she lose the £500 deposit and her dream wedding but she discovered the hotel had […]

Dominic Hall of Hertfordshire paid A Suit That Fits £3,000 for a suit that never materialised. When he asked for his money back the company went bust. A simple credit check with Checkaco would have flagged up a string of financial irregularities and persuaded Dominic to spend his money elsewhere. Writing for This Is Money […]

Rogues is the word to describe the people behind Elite Phones and Computers Limited of Eccles of Greater Manchester who have been exposed by the BBC Watchdog programme and slammed by the Advertising Standards Authority (ASA) for misleading claims. The company repairs gadgets, laptops, tablets, phones and games consoles saying it make repairs quickly from […]

The Oracle of Oxford is no more following the closure of the Woodford investment fund last year although the man at the centre of the scandal has walked away with millions of pounds. In contrast the thousands of ordinary people who put their trust in his so-called Midas touch when it came to investments have […]

If only they had checked out FX Premier’s background Hundreds of investors lost a total of £11m when the Premier FX currency firm collapsed in the summer of 2018 soon after its sole director and owner Peter Rexstrew died. The case continues to be investigated by the Financial Conduct Authority (FCA) more than 18 months […]

Dodgy builder took £60 off mum and never did the work! Picture: Kent Online After Shelley Weeks’ husband Wayne died of cancer she decided to invest the lump sum from his pension into improving the family home in Coxheath. She paid the building firm Trigon Property Care owned by Christopher Hook £60K to construct an […]

Every Christmas hundreds of families have their hopes crushed by visiting rubbish Christmas Wonderlands. Those places that say you can enter a land of snow and ice, a land of magic and Christmas mystery filled with reindeer, presents and sparkling lights. When the reality is a rain-soaked car park with a few stalls, a naff […]

If only we’d known about CrediCheckCo! Harry Mottram reports A few years ago, I put a deposit for a new kitchen with a local kitchen company who went bust after I had placed my order along with a deposit of £500. I never did get my kitchen and as for the deposit – you guessed […]